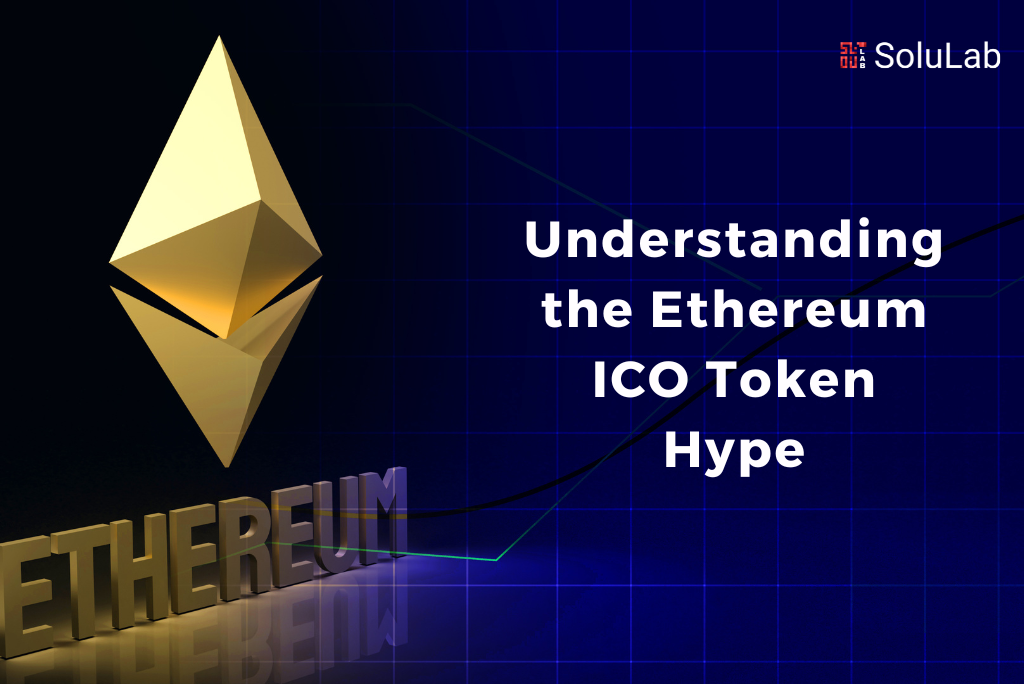 Tokens and the Future of Crypto

Since the advent of bitcoin, the overall excitement around decentralized technologies has grown exponentially. The imagined possibilities of what these new systems will do for humanity have only just begun being explored in-depth. With a market capitalization of currently about ~$40 billion at the time of this writing, bitcoin remains the most valuable, and widely adopted cryptocurrency to date.

However, the rise of cryptocurrencies has birthed a few new breadwinners for our growing crypto family of public blockchains — specifically Ethereum (ETH).

Ethereum, which broke onto the scene only within the last 2 years, thanks to a very successful crowd sale, has since experienced astronomical gains…With an immense uptick in adoption from developers, institutions, and some of the largest enterprise-level organizations in the world, such as BP, Toyota, Intel, Microsoft, and more.

The core draw of generalized public blockchains like Ethereum is not purely a technical attraction, but more specifically “socio-technical”. The most disruptive aspect, thus far, for Ethereum, has been the growth of “tokenized assets” being created on the Ethereum public chain to create incentivized platforms; wherein the owners of the token use that asset to interact with and utilize the platform itself.

Read also: 7 Most Successful ICOs of All Time

The incentives for these tokens have many layers. Though the initial draw to these tokens is technical: the real benefit of tokens is the societal impact they have on the creation of new businesses, and raising funds in a borderless, global manner…without having to ask permission. Let’s jump into the specifics…

If you read our previous article on our introduction to Ethereum, you should know by now that the project has the potential to solve major efficiency problems across a plethora of pre-existing industries; as well as create wholly new owned industries.

At the center of Ethereum lies the EVM or “Ethereum Virtual Machine”, a decentralized computer that can execute “smart contracts” (think mini-applications) that are submitted to run on the Ethereum public chain.

These contracts are self-enforcing, meaning that they will run exactly as pre-programmed, without the ability of manipulation or censorship, retroactively (though some will argue that this aspect isn’t true due to past events, that’s a discussion outside the scope of this post). This poses a tremendous advantage, allowing programmers to automate many processes throughout e-commerce, finance, real estate, legal contracts, and more.

Imagine an escrow system where “John” sells a product to “Mary”; a smart contract will securely store Mary’s payment, and will release it to John after the confirmation of delivery is made by an outside oracle. This eliminates the need for third parties to oversee the transaction (which creates additional counterparty risk by adding another trusted agent to the transaction).

Similarly, one can imagine a smart contract that automatically settles countless transactions in the banking sector, eliminating the need for costly settlement systems like the SWIFT network; systems that not only expend a large number of monetary resources but also precious human capital and intellect as well; intellect that could be best utilized in other ways than simply moving value from Point A to Point B across the globe.

One of the main capabilities of Ethereum is that it allows a user to create their own token. A token is a representation of value, a sort of digital asset (dasset). The Ethereum developers decided to standardize this process, and so the ERC20 ‘Token Standard’ was created. This templated-contract standardization contains a series of functions that enables the issuance, distribution, and control of the assets in a formalized, standardized manner.

A token standard allows for the ease of interoperability between DApps (decentralized applications built on the Ethereum public chain) and the tokens built by the programmers.

What is an Ethereum Token sale?

Many developers have chosen Ethereum as the main platform to kickstart new projects; at the center of this, we have ICOs, which stands for “Initial Coin Offering” (there are other names as well but this is the most prevalent), similar to IPOs (initial public offerings, minus all the securities stuff, but that’s an on-going point of contingency).

ICOs are essentially a fundraising mechanism that allows a person/investor to receive a token in exchange for another well-known digital currency like Ether or Bitcoin. Typically, ICOs on the Ethereum network issue ERC20-compatible tokens to its users via smart contracts (barring the organization/individual holding the ICO from creating more tokens than originally specified in the initial contract); this allows developers to take advantage of the security the Ethereum protocol provides, minus all the additional technical overhead and complexity. Without having to worry as much about security (the initial token contract being secure is still, of course, a top priority) developers can keenly focus on the application layer; creating a more refined user experience to aid in the adoption of their platform/project.

It is also the norm that each new team that hopes to raise funding via an ICO launch platform also presents a ‘whitepaper’: a document explaining in detail the pitch of the future company and platform, going as far as to describe in detail the technology behind the proposal itself.

The various formats in which an individual or organization can hold an ICO crowd sale are ever-evolving, however; but, we’ll find a fair methodology that ensures optimal token distribution, and doesn’t create a quick cash exit, burning crowd sale participants.

The initial appeal of ICOs should be fairly easy to see. Due to the borderless and decentralized nature of public blockchains like Bitcoin and Ethereum — the ease of transferring and moving wealth globally becomes almost effortless.

Now, because those transfers are effortless and permissionless, the barrier to entry for investing in a good company/venture is now freely available to everyone — even your gardener.

The tokens themselves do not offer the holder any particular rights or actual equity in these projects; however, it does enable the ability for individuals to speculate on the adoption and eventual real-world usage of those systems, creating liquidity and the ability for developers to fund their project and bring it to fruition. It also allows those users/investors to access any platforms or features that the developers create in the future with the token (think of it like an API key, that you pay for, Balaji puts that ever so succinctly).

With tokens, entrepreneurs have the ability to open up their projects to a global audience, allowing them to attract and raise funds from savvy investors all over the world salivating for the next “big thing” in tech. Technical Expertise, Developer Evangelism, and Product Marketing play a key role in helping ICO holders to establish a base of early adopters and fuel the initial bout of speculation to get the project off the ground (and enough attention to begin trading on prominent exchanges).

We’ve seen many high-profile ICOs thus far. With companies like Storj, raising $ 30 million for their decentralized cloud storage platform; Brave raised a stagging ~$34mill in roughly 30 seconds; Aragon raised ~$25 million in about 20 minutes; and Gnosis, the originator of the Reverse Dutch Auction, who raised $12million in about 12 minutes.

But, we also can’t forget most recently, Bancor, who raised an astounding $140million in just a few hours (insert gasp here).

If those figures are stagging and surprising to you, you’re not the only one. But, who’s to say if these are proper valuations or not? This is the first time in history we’ve been given this ability to raise from a global audience, almost instantly. Perhaps these numbers are only a drop in the bucket for what’s to come next. Time will tell, and history will play out from here.

Creating an ERC20 token is easy. Paying a team to create amazing design mockups and marketing pages is even easier. The difficult aspect of ICO investing is learning to filter out the noise, and determine if the team is in it for the technology and use case — or a quick buck.

Now, you’d probably argue that’s the job of modern-day VCs, and in a way you’re right — that’s what VCs are good at. Finding the diamonds in the rough from a Founder perspective. Investing in ICOs like Brave’s Basic Attention Token Sale, an offering by an already established entity with a working product and sound team, are likely a safer bet. But, the risk/reward there might not be satisfactory (especially after you’ve gotten a taste of 5–10x returns, it can be hard to go back). Picking a great project is a combination of art, and science — due diligence remains more important than ever, especially when investing your hard-earned savings into such an unregulated and “Wild West” like industry.

Read also: How to Find the Best ICO Service Provider?

There is no clear-cut formula for token investing; it’s a matter of making informed and educated decisions, at the right time. But, fortune favors the bold, no?

No primer on ICOs would be complete without a section on legal risk. As mentioned above, this space is highly unregulated and filled with opportunistic money grabbers looking to make a quick buck on your poorly informed decisions.

That said, regardless of how high-profile the token offering is, there is nothing stopping a development team from running off with the funds raised via an ICO, except for maybe burning years of social capital. Which, will stop some, but not all (greed can do powerful things, remember this).

Lock-up mechanisms (think vesting schedules and cliffs) with token contracts are becoming a more common norm; but, to think that’s enough to give you peace of mind in this (somedays seemingly) lawless jungle of cutthroats, would be naive.

Since most of these ICOs run with a disclaimer of not guaranteeing returns to investors if its associated token price plummets to zero based on negligence or malicious actions by the development team — there is likely not much legal recourse will do if the developers are good at masking their trail…this is the Wild West remember — watch out for cowboys (and cowgirls, it’s 2017).

Hopefully, this was a concise quick introduction to this growing phenomenon. For now, VCs and traditional accredited investors will do all they can to gain influence and hold ground in this fledging industry; performing the appropriate due diligence to calculate risk; maybe even picking a few winners along the way.

But, once this powerful new paradigm evolves a bit more, we may have finally created the global answer to Silicon Valley — only this time on the internet, where all can be sovereign and free.