Underlying Problems of Smart Contracts And How To Deal With Them

Underlying Problems of Smart Contracts And How To Deal With Them 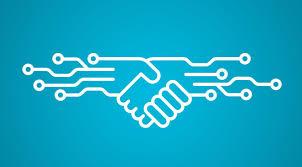 It has been observed that the smart contract technology has got a lot of benefits to offer to its users. Be it elimination of the middlemen for exchange of the money or some other thing that is of certain value, blockchain based smart contracts are beneficial. Though blockchain has brought a great revolution in the industries, it certainly got some factors which are causing negative impact as well.

As we crunch the numbers Ethereum 3% smart contract failure might be considered as only a minor loss but when its causing harm to currency worth billions of dollars it is certainly a cringeworthy moment. A fresh example of this is the ICON June 2018 bug which allowed any of is user to enable as well as disable the transactions and having that authority to holdup million of dollars of transactions would definitely affect most of the people but in the previous years there were more incidents reported.

One of the major botches was of the Distributed Autonomous Organisation (DAO) that occur in the year 2016 where through blockchain smart contract hacks, a whopping 3.6 million Ether were drained; due to which, the founders of the Ethereum were forced to take some measures and to create some policies so as to recover the lost funds.

Certainly, time is required so as to eliminate faults in a technology that has been recently introduced and same goes in the case of smart contract development services. But one cannot deny that the flaws which are related to issue such as funds, important information such as the data and other security things makes the technology simply riskier to use than its worth. There are a lot of projects which have faced one problem or the other and restoring their faith again in the technology is quite difficult.

Security issues have always surfaced for many of the companies that offers the blockchain smart contracts but even a slightest mistake can cause heavy losses when it comes to smart contracts. Features such as verification of the smart contracts and the auditing are being introduced. Currently these options are being preferred for the security purposes and are at the frontier position at the market with cost around in thousands of dollars.

These can be effective for a mere number of cases but when it comes to global level where the need to blockchain is increasing day by day these solutions are certainly not going to be good enough and an alternative solution is definitely required to fulfil the needs and demand. 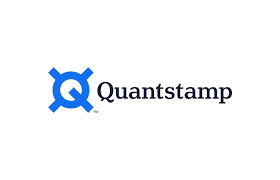 Quantstamp has taken a step forward in this field as it has introduced a security auditing protocol for the smart contracts.  The salient feature of this is that with the help of the verification software along with the bug finders the smart contract of the clients will be examined.

Companies do try to solve these smart contract development problems, but the main issue is the scalability which is a major problem due to which they are not able to address certain issues. Another solution that has come up for this problem is the engineered solution which is developed by CertiK. Talking about this engineered solution it is a platform for the verification for the several components of the blockchain system which includes smart contracts as well. 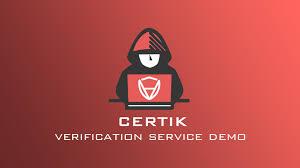 CertiK is expected to bring that revolution as it does not require the presence of bugs for the verification. Whether the item is hacker-resistant or not will be proved mathematically by it. CertiK works on the principle of the layer-based system therefore what happen according to this is a certain task is divided into several smaller fragments so that with is the task can be easily solved and that too in decentralised fashion.

CertiK has already made a mark with its previous achievements such as development of one of the worlds first hacker-resistant operating system. The reason behind this success is the strong team of CertiK . The team is a combination of academic and corporate members consisting of professors from prestigious universities like Yale and Columbia university and have some of the skilled and prominent software engineers from the topmost companies such as Facebook, Google etc.

So overall when we see blockchain certainly there are some issues when it comes to trust and being corruptible which may raise eyebrows of many but if these bugs are eliminated from the technology then it is quite beneficial to use the technology and as a matter of fact there is no denial in the fact that blockchain is the future. Blockchain can be considered as a prominent safe for storing billions of dollars if these faults are eliminated and we come up with the proper solution for them. The solutions such as the verification one needs to be strong enough to restore the faith of people who have lost it due to the previous incidents and should attract new users too.