How Much It Cost To Develop A Messaging App like WhatsApp

How Much It Cost To Develop A Messaging App like WhatsApp

Messaging apps are on a roll. Looking at the success of whatsapp and similar a lot of new messaging apps are coming into the picture providing advanced features one better the other. Well looking towards the history of the most successful messaging app WhatsApp which was founded by Jan Koum and Brian Acton in the year 2009. The app was made available for the people at the App Store for iPhone later that time. At that time, it was the only messaging app with no close alternative.

The main objective of this mobile app was to provide the users with exchanging messages amongst them with the help of the mobile internet or the Wifi. Today, WhatsApp is available for the mobile operating systems consisting of billions of users.

Overblown Popularity of WhatsApp As One of The Best Messaging Apps

With the passage of time, WhatsApp has evolved quite a lot and several new features are being added to it at regular interval of time. Now with the help of WhatsApp you can send pictures, send audios, videos, contacts, voice messages, voice calls and even video calls.

WhatsApp got a flexible system of settings adjustment and the major advantage is its quite easy to use and simple to understand and has a great performance. These are the reasons it is the frontier of the messaging apps. The success of the WhatsApp is a good example for all those people who are looking forward to creating a mobile app like WhatsApp. For developing a app like this first of all they need to plan a budget and have to think about all the possible expenditures so that they can know a round figure how much it is going to cost them to develop a app like WhatsApp. There are several steps that need to be followed to develop an app like WhatsApp.

Business model plays a very important role as your basic principles must be very clear regarding your app. These principles include Target audience as these messenger apps are mostly used by the young people and  the business people more than the older people. Therefore, your app must be loaded with features that can attract these particular groups of people.

You should also know the latest trends and demands of the market.  In addition, you should study well the competition scenerio. How strong your competitors are and what good features they are providing. These information will help you out in coming up  with a better product. A well researched product are always welcomed and loved by the people and people chose you over

Your app certainly should have some value as it should definitely have some features which makes it stand out of the crowd of other apps and make it competitive and unique. P2P payments – This method is used by WhatsApp. This allows the users to send payments to each other and for each payment certain charge is fixed. Thus, with the help of this transaction certain amount of profit can be made.

In-app purchase – This feature allows the user to buy certain stickers or some other features to enhance their experience in the app and make it more unique.

Advertising – Most of the profit can be made out of this but that too should be in limits as too much of advertisement may lead to the user losing his interest in the app.

After finishing up with the app certain ways of promoting the app must be adopted as one cannot rely on the availability of the app in Google Play or App store and think that people will start downloading it.

While hiring the development team it is must that one should hire experienced developers as for the success of the app the architecture of the app should be thoroughly elaborated at the first stages of development. A poorly designed app may cause several problems such as improper functioning and several more.

The cost of creating app also depends on the location of the team as it can vary a lot. The team consists of sales manager, project manager, requirement analyst, software developers, quality assurance engineers, UX/UI designers and marketing manager. When it comes to salary, the Eastern Europe development team average salary is equal to $50 per working hour. 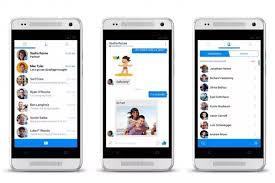 After building the inside structure of the app there comes the MVP. Certain MVP features costs differently. As for the case of WhatsApp the registration cost $2650, message exchange $10900, self-destructing messages $400, notifications $750, multimedia file transmission $2000, location sharing $1000, contact sharing $3600, voice calling $11000, settings $5550. Thus, from these stats one can determine the cost of what they have to be ready for development of their app.

Thus, the total cost of developing a app like WhatsApp can be calculated with the development time process which is around 1620 hours. Therefore 1620 X $50 which will be equal to around $81k per platform.

Thus development of app like that certainly takes time and also a considerable amount of money and a successful app can be created if steps are taken in the right direction.