The blockchain and cryptocurrency industry seeks to eliminate reliance on centralized platforms and financial structures. However, there are still big players as well as exchanges that are completely regulated. The solution was introduced in Initial DEX Offering (IDO).

What Is an Initial DEX Offering?

Liquidity pools are made up of a combination of crypto assets and stable coins. An example of a liquidity pair could be USDT/ETH. Depending on market circumstances, traders may exchange them between various crypto assets and stable currencies. Since stablecoins have minimal volatility, there is provision for a secure alternative for traders to control the excessive volatility of crypto tokens and assets by exchanging them with one another.

The Arrival of Initial DEX Offerings on bSWAP

BSC (or Binance Smart Chain) projects may now start IDOs automatically, and customers can swap straight between projects with no slippage and provision of the liquidity pool.

The bSWAP IDO platform provides a decentralized launchpad for the decentralized finance (DeFi) community, allowing automatic intake and launch. Presenting consumers with offers that show completed contract details and get DAO information from reliable sources like bscscan, Trust Wallet, and the blockchain; with no opportunity to manipulate information.

Currently, all the launchpads have set pricing, which leads to a first-mover advantage. The bSWAP DAO platform doesn’t stop the IDO pricing; rather, it tracks the price of pools on bSWAP, guaranteeing that the pricing of the pools rises as investments in the IDO rise. When the price falls, the pricing of the pools falls, reducing the possible IDO amount to raise funds. IDOs allow a DAO to expand and generate money in a manner that does not harm its early adopters. bSWAP’s IDO platform incorporates a community backstop to enhance user safety. This implies that to start, projects must first create a pool with at least $10,000 in total liquidity, and 10% to 100% of all money received must stay in the pool.

Comparison can be made of a fixed price sale to a conventional offering in that DAOs establish a predetermined price for their product. This method enables DAOs to interact with money in real-time, while the consumer benefits from purchasing tokens with no slippage.

Another option for DAO is to have a Dutch auction, in which the market determines the offered price. Users are safeguarded from price manipulation in the Dutch auction since money and tokens are allocated at the conclusion of the auction after confirming that the entire investment is not more than the total supply face value. It ensures that consumers don’t pay any more than the market price of the token. Users may also get some discount as projects are required to release the whole supply for sale. This happens when the soft cap is met and the time span expires.

Presently, bSWAP is accepting projects for free launch. The pricing structure will be implemented after some projects have successfully launched.

Presently, Atom Foundation holds a bSWAP and JNTR/b IDO for rewarding users who make use of the novel technology.

Differentiating between ICO, IEO and STO! 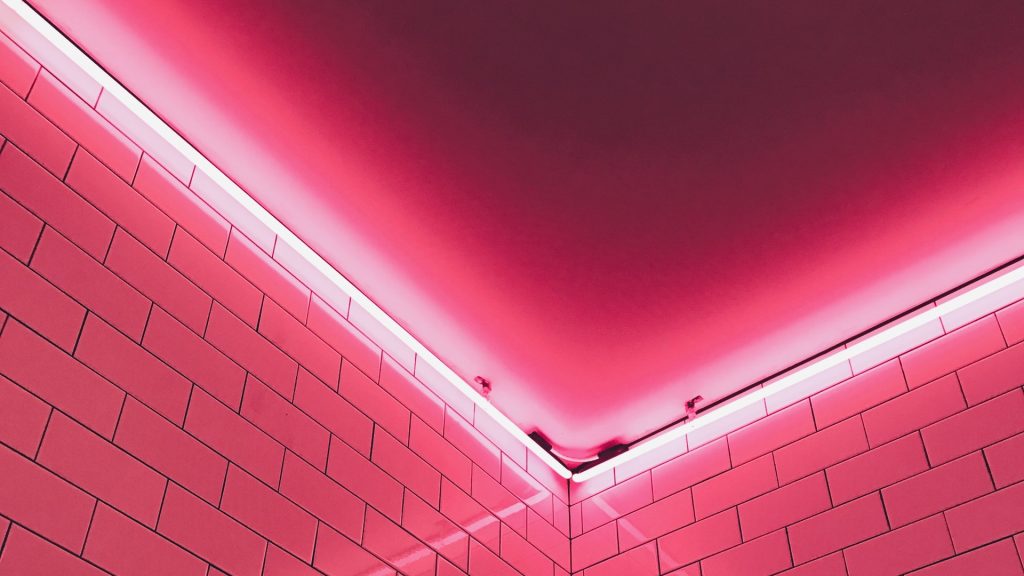 What exactly is an ICO?

ICO stands for Initial Coin Offering and is by far one of the most popular crowdfunding techniques.

An ICO is often used to start a new service or product in the cryptocurrency market, such as a new cryptocurrency coin or app. It is, in reality, quite similar to an IPO (Initial Public Offering), which is used by a new business to acquire money when it first enters the stock market.

How does an ICO function?

To raise money, an ICO produces cryptocurrencies or digital currency in exchange for investments and sells them in the market at a discount.

Similar to a stock market, investors will benefit if the value of the tokens rises over the initial price of the token.

The Benefits of ICO

In comparison to STO and IEO, the initiation and setup of an ICO project are very simple. Companies launching an ICO must provide a Whitepaper, a product website, and a backup staff to carry out the project’s technical aspects.

The cost of launching an ICO is very cheap, making it ideal for novice investors who are new to the market and have limited money to invest.

In comparison to the other two, this procedure is more simple and less time-consuming. Because it requires less government involvement, it is a better choice for small-time fundraisers.

More liquidity in a shorter amount of time.

Investors have complete control over their money.

Funds may be raised via bounty programs, private and public sales, and AirDrops.

The Drawbacks of ICO

One of the major disadvantages of this system is its lack of security measures. The system is vulnerable to scams and fraudsters that disrupt the system’s seamless operation.

ICO is not a good choice for long-term investments.

What exactly is IEO?

IEO stands for Initial Exchange Offerings and is a relatively new term in the industry. Companies sell their tokens directly on the exchange to individual participants rather than via an ICO.

How does an IEO function?

The coins in an IEO are traded immediately for ETH on the IEO platform.

Here, the donor opens an account on the exchange and deposits ETH into it. When the IEO begins, the ETH is swapped immediately for the tokens.

All exchanges are KYC/AML certified, providing investors with a high level of security.

Unlike ICOs and STOs, investors participate directly in the exchange.

Because of the regulatory standards, the platform is reliable and protects investors from fraudulent activity.

Participants do not make contributions to a smart contract, but rather to their accounts.

The disadvantages of IEO

In IEO, the cost of fundraising is extremely expensive, and the mechanism itself is difficult to set up. In comparison to the other two, liquidity is very low. Investors have relatively little influence on the exchange’s activity.

What exactly is STO?

STO, or Security Token Offering, is another fundraising method, although it is more complicated and harder to implement than an ICO.

What is the Process of STO?

STOs create an investment contract that is backed by security token currencies and is recorded on the blockchain network.

In this case, the security token is asset-backed and reflects ownership information that is digitally recorded in the blockchain community. It is similar to the real-world stocks and bonds that you provide in return for the investment in that it is a digital certificate.

STOs deal with actual assets and adhere to government regulations, making them one of the most trusted investing instruments in the crypto realm.

Because of their restricted accessibility, STOs are more secure, and only investors who have been properly verified may participate in STO operations.

Because of its high security, it is ideal for long-term and serious investors. IEO has a high level of liquidity.

The disadvantages of STO

Compared to the other two, raising funds for STOs is very expensive, and the procedure is also rather complicated.

Cross-border investing in STOs is limited due to stringent security requirements.

Due to government restrictions, there is a lack of liquidity. In certain instances, investments cannot be paid out for more than a year.

STO is governed by security regulations, and all transactions are KYC or AML certified.

How to launch an IDO?

Let us now discuss the creation of an Initial DEX Offering. So that’s how it goes. Projects reach out to the broader audience through launchpads or platforms that specialize in IDO. Under certain circumstances, investors like you and me may purchase the tokens before they are accessible on the market. The IDO token has been listed on DEX. There are two types of public selling practices:

Listing takes place on exchanges that use automated market makers (AMMs), such as Uniswap and Balancer. An issuer generates pool liquidity by selling tokens and utilizing the profits to establish a liquid secondary market for the token.

Liquidity incentivization refers to a broad range of initiatives that the token issuer may implement to encourage the use of a product or service. Mining is extremely popular these days, and it may provide significant incentives for individuals to support the platform.

The future of IDO

To solve the shortcomings of its predecessors’ ICO and IEO, an IDO method has been developed. It does raise money using the DEX model, where there is no requirement for authorization to conduct the fundraising event. As of the present, only DeFi initiatives have received funding from IDO. However, there’s no reason why initiatives from other parts of the crypto ecosystem couldn’t collect funds in this manner as well. However, to entice current DeFi users to invest in the project’s tokens, these initiatives will need to attract existing DeFi users.

For entrepreneurs, IDO is a more appealing capital-raising alternative. Despite the fact that this concept requires further development, IDO has the potential to establish itself in the market. Furthermore, an increasing number of instances validate the model’s performance. IDO platforms that include governance procedures and fixating prices in the liquidity pool may boost the attractiveness of the Initial DEX offering. As a result, if we continue to improve the Initial DEX Offering, we will soon have even more effective IDO solutions.

Advantages of an IDO

What’s the future of the IDO model?

The Initial Dex Offering (IDO) method was developed to solve some of the problems of its predecessors’ ICO, STO, and IEO. It does work to collect money thanks to its decentralized exchange architecture, which eliminates the requirement for authorization to conduct a fundraising event.

However, it provides openings for whales and fraudsters to exploit, hurting token issuers with problems such as rapid price fluctuation.

Of course, the next stage in crypto financing is the Initial Dex Offering (IDO). However, there is a lot of work to be done. It is critical to include control mechanisms into the current IDO paradigm. This may assist to eliminate fluctuations in token values until the fundraising campaign is completed. Furthermore, by implementing KYC requirements, issuers may have greater control over token purchases.

Like the basket technology that controls all of these token sales, IDO is still in its infancy. It will take some time for the IDO ecosystem to resolve these issues and reach a delicate balance between providing a significant degree of centralization while without sacrificing security. The IDO is quite likely to become the most popular blockchain-based fundraising technique in the future.

If you want to take advantage of this new form of financing and create your IDO, all you have to do is contact a blockchain development firm that specializes in initial DEX offering creation. They will take the time to understand your demands and provide you with the best options for your company.